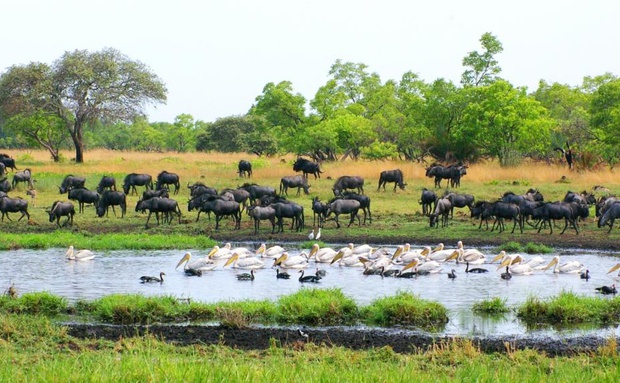 Campingtour from West to East in Zambia 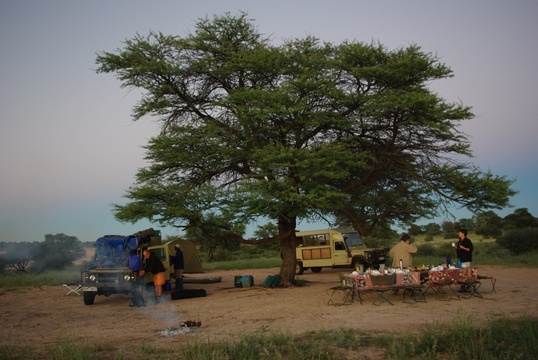 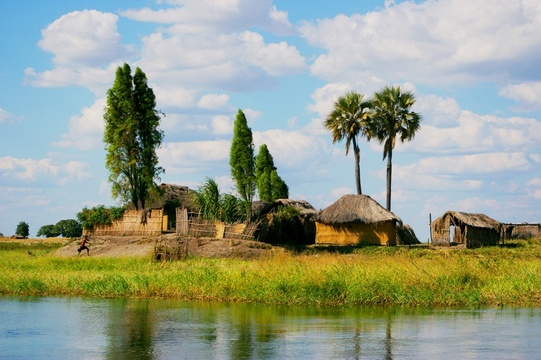 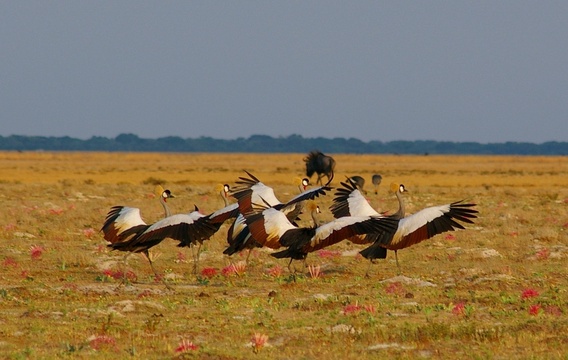 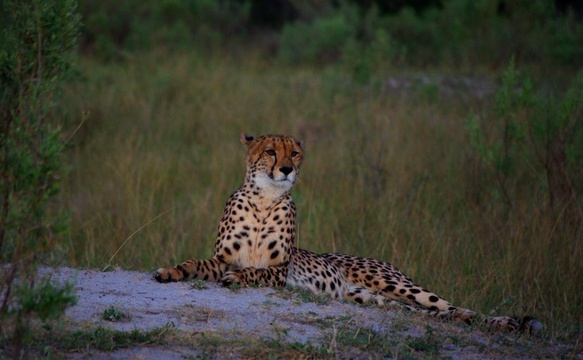 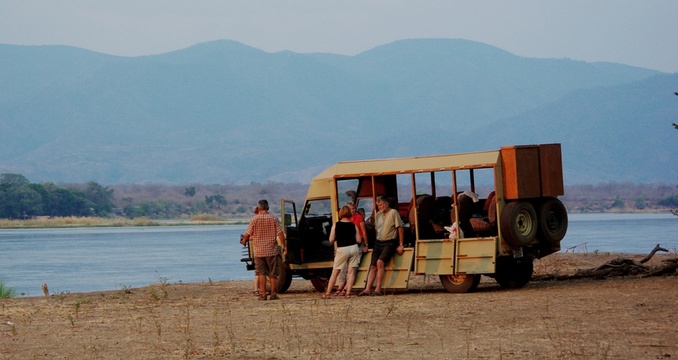 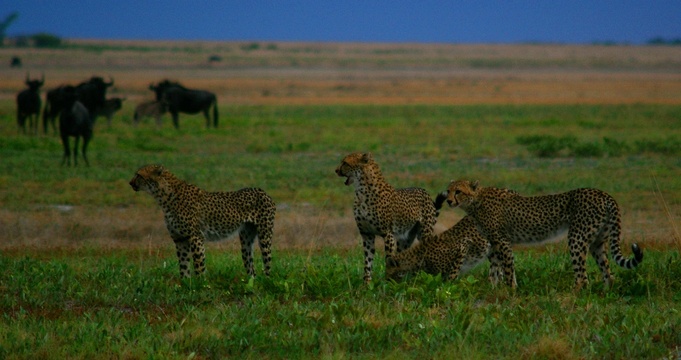 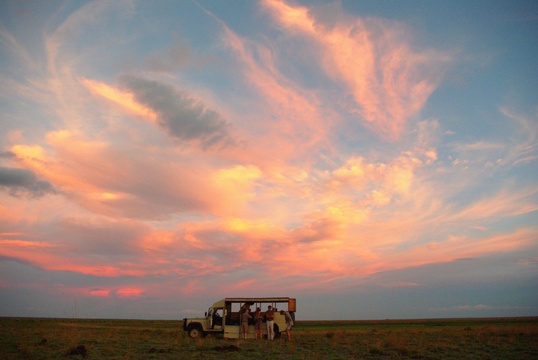 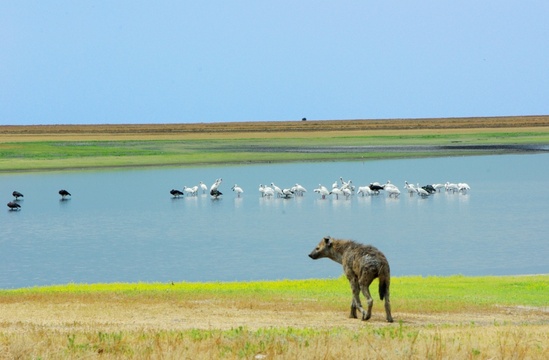 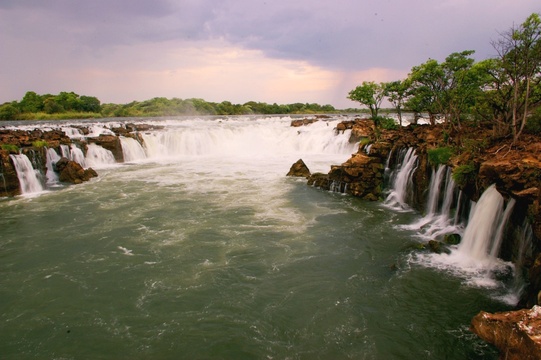 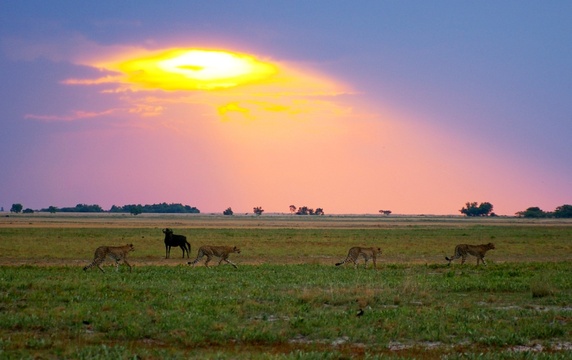 Pick-up from the airport in Livingstone and transfer to our lodge in the outskirts of town. In the late afternoon a visit to the Victoria Falls (optional, U$ 20 pp entrance fee). Overnight in Safari Tents at Maramba River Lodge or similar. Dinner in a restaurant (own expense). (-/-/-)

Pick-up from your lodge and early morning drive to Mosi oa Tunya National Park where we do a game walk with a ranger to see the rhinos. Afterwards we carry on along the course of the Zambezi river up to the beautiful Ngonye Falls; not as mighty as the “big brother” further south, but equally impressive. The Zambezi splits into several channels and the masses of water find their way through the basalt rock formations.

Camping near the river. (FB).

In the morning we will hike to an island to get the best view of the falls. Afterwards we drive further north to Mongu and cross the Barotse flood plains to the Liuwa Plains National Park. There are few roads; however this is part of the park’s attraction: around 3660km² of untouched Africa. Most of this is a vast honey-coloured plain of grass, with just the occasional water pan, island of raffia palms or a small tree-belt interrupting the scenery.

End of October tens of thousands of Gnu (about 45.000) as well as zebra and buffalo will join the more resident red lechwe and reedbuck.

The open plains are particularly good for oribi. Hyena are the main predators here, while wild dog, cheetah and lion are dispersed on the plains.

Camping in the bush (running water, showers and flush toilets are present). (3xFB)

Drive to Mongu, our stop-over at the edge of the Barotse floodplains. Here we have the possibility to stock up for the next few days in Kafue National Park.

Camping on the shore of a beautiful lake. (FB).

We drive through Miombo forest to Chunga.  Several small rivers cross this area. These leave a number of waterholes in the dry season for the animals to quench their thirst. Wild dogs, which roam large areas of the park, cheetah and lion are among the inhabitants here. The birdlife is prolific.

Camping on the banks of the Kafue River at Mayukuyuku Camp. (2x FB)

We leave the wilderness and drive on a tar-road to Zambia’s capital Lusaka.

Overnight in chalets at Pioneer camp or similar. Dinner in a restaurant (own expense) (B/L/-).

En route to Chipata we drive through beautiful mountainous landscape and stop at Luangwa Bridge, a thriving market, where all kinds of baskets and mats as well as hand carved items are offered. Overnight in modern rooms in Protea Hotel (B/L/-)

Today we drive to Mfuwe, afterwards transfer to our campsite outside the park border. South Luangwa NP is known for its abundance of African wildlife: Thorneycroft’s giraffe, Cookson’s Gnu, Crawshay’s Zebra and big herds of buffalo and elephant.

Game drives along the Luangwa River often produce spectacular sightings. Hippo families can be seen in great numbers in the river, unparalleled in Africa.

During the dry season (July to October), many side channels of the river dry up, leaving the fish trapped. This attracts many different species of predators, such as the African fish eagle, jackal, and hyena, to mention but a few. The colourful Carmine bee-eaters are often seen perching in front of their nests in the river banks.

Transfer to the airport at Mfuwe and departure. (F/-/-)

Included in the price:

Not included in the price:

€ 200-00 single supplement
Min: 4 participants, Max: 8 participants
We have enouigh space in our vehicles to keep distance to other travellers!
Certain tours will be operated vice versa.